Next week is Canadian Grand Prix. 12 years ago, I saw Jenson Button in his debut season with Williams. As a half-ass British National, and a long time Williams fan (I mentioned Alan Jones and FW07 was one of my all time favorite driver car combo), I immediately started to root for this young gun. (I even bought the BMW Williams Jenson Button cap and I still have it!). Since then Button drove for Beneton, then BAR, which turned into Honda, and then Brawn which he became the Champion. He moved on to McLaren and Brawn GP got picked up by Mercedes.

It's been an interesting 2012 season, 6 races with 6 different winner. I hope McLaren will do well!

Work resumed on the BAR 006. Even though I do not have any proof that decal softener played any part in my recent decal tragedy, I'll try to use the heat gun (hair dryer method) more and minimize the use of chemicals. 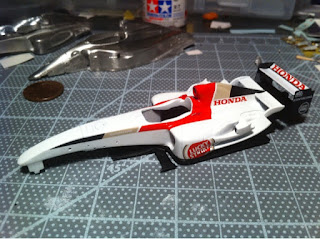 Since Tamiya's clear proved to be too hot for decals, as suggested by a number of people from online forums, I am going to try this: Mr. Super Clear from Mr. Hobby. I will definitely try it on a scrap piece and make sure it is not going to mess up before spraying on the car.

Side note: My uncontrollable shopping urge continues. I bought a couple more kits. This time, McLaren MP4/23. Since I am going to try Alclad II chrome on the MP4/22 I bought earlier, I may as well do another chrome car. Sounds logical? 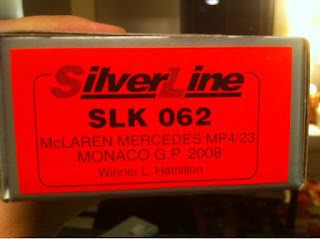 Also a Ferrari 643.I was building a Meri one and messed up big time. Mainly because the instruction was very poorly written. Hopefully, this Tameo kit will be better. 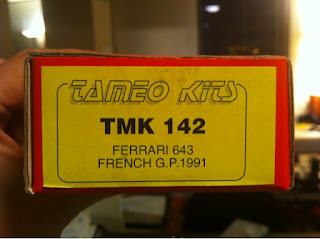