Flood on the 25th floor (updated with pictures)

No, it was not like a biblical flood that Lake Michigan's water level went up and the entire Chicago was under water.
Yesterday morning started out just like any other morning when I don't need to travel. I woke up, showered and head downstairs to get my cup of coffee. When I was waiting for the elevator, I heard the sound of water gushing behind the door to the electrical closet in the hallway. I thought, "That's not good."
Later, I found out that it happened again, this is the second time in 2 years that a water pipe broke and flooded the building. This time is 33rd floor. This time around, at least my carpet was not soaked. They found moisture behind the dry wall of my kitchen and bathroom. So, they have to pull the kitchen cabinets, the stove and the refrigerator out, poke holes in the wall, brought in an industrial size dehumidifier and a whole bunch of fans to dry it out.
Now, I don't have a kitchen to cook. My bathroom sink is blocked. And I have big noisy pieces of machines running 24 hours. At least, I do not have to be evacuated to a shelter.
This is going to further slow down my already slow pace of building my model cars. 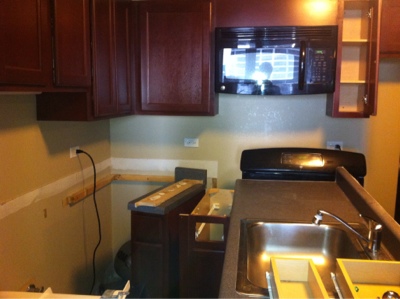 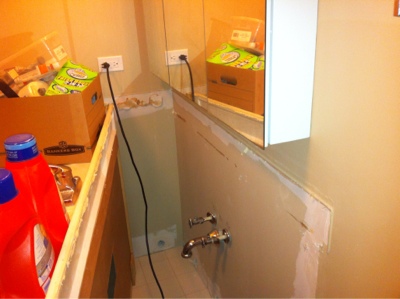