Nowadays, because of the internet, we ditched the old media for news and entertainment. But this past week has been an old school media week for me. Radio and movie. Radio program production was something I've done before, I'll leave it for another blog post for now.

Even though the only operating radio that I have now is the one in the car, I have been a fan of several public radio programs. One of which is a news quiz show that has a panel of comedians answering and make jokes out of news. The show is produced by a local Chicago radio station and they have the recording in an auditorium and make it into a live show event. Usually, they sold out all the seats well in advance. Also having recordings on Thursdays which I am normally on the road made it almost impossible to attend.

This Thursday, at 6:30pm, the show posted an announcement on Facebook that a block of tickets just became available. Since I didn't have anything important to do, I ran down to Chase Auditorium where the show is taped (lucky that I live in downtown) and attended the live taping of the show. Movie is still a popular media, there is absolutely no sign of it going away. There may be other channels to deliver, but movie theaters are places where stories are being told. 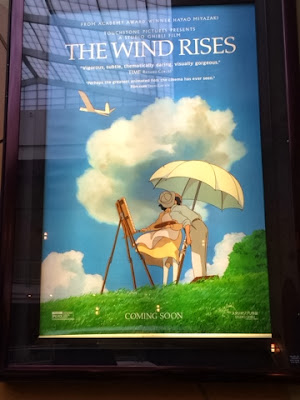 This morning I found out that Hayao Miyazaki's The Wind Rises is showing in selected cities across US. Quick search on Google and found that Chicago is one of them! Lucky! Got to the theater at 10am to try to catch the first show. It turned out that they are showing 2 versions. Japanese dialog with English subtitle, and the English dubbed version. If the original is available, I am choosing the Japanese dialog one, but that means I have several hours to kill since they only show that version at 1:40pm. So I went to get breakfast. 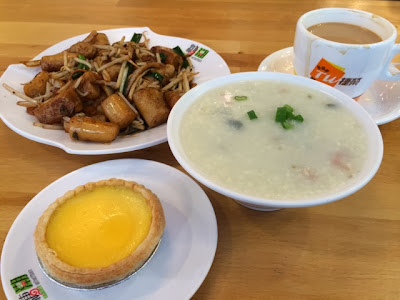 All the above only for $7. Chinatown has the best value always.