Since what got me started this project was the 1980 Williams FW07B SRC kit that I picked up. Besides all the photos that I got as reference, what is better than the actual video footage of the race in Brands Hatch?


Unlike Tameo kits' instruction that has a lot of photographs, SRC's is just 1 page printed in black and white. The kit includes parts for different versions of the car, but the instruction did not say much about what goes in which version. To build the British GP version of Alan Jones' car, I need to watch the video to figure out which rear wing should be used.

Ok. I could have done more today, but instead I had a nice after noon nap. So all I did today was priming some parts. 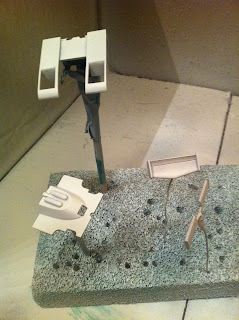 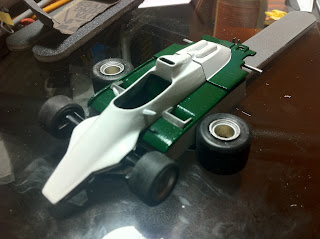