I did not build these

There are reasons that I sold or traded in my old cars. But human mind is a strange thing. It always block off bad memories. Every now and then I have flash back of my old cars and the fun times I had with them in the past. So, I started to buy 1/43 scale models of the cars that I had.

I bought my first car when I was a senior in college. It was a 1985 AW11 Toyota MR2. This model is made by Epoch, it is the 1985 version with black bumper, mirror and rear spoiler. Mine was just like the model, except it was silver and it has a moonroof. 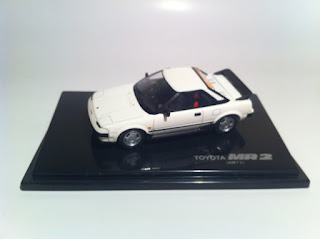 After years of service, the AW11 had too many maintenance issue. And I traded it in for my second car. Which was a 1990 Z32 Nissan 300ZX 2+2. Unfortunately, all the models available are the twin turbo 2 seater. No one made a normally aspirated 2+2. This model is made by Kato. You heard it right Kato, the company that is famous for its model trains. Apparently they made toy cars too. While most of the models in 1/43 are diecast metal models, this one is actually injection molded plastic. Well, not really a surprise considering all the N scale and HO scale trains that Kato mad has plastic bodies. 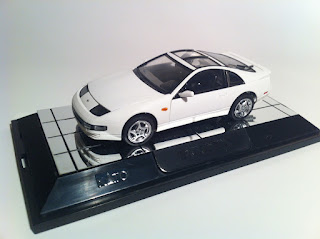 I had a lot of fun with the Z32, drove it to a lot of places with my girlfriend at the time, started autocrossing in it and did a track day in it too. But then, it was also getting old and in 2003, when the Z33 was out, I traded that in for a 2003 Z33 Nissan 350Z. Mine was the track model with Brembo brakes. The car was black and I put 4 Gunmetal colored Rays TE37 wheels on and it was gorgeous. This model is from a set I got from Nissan that has several bodies with different color and different color interiors to mix and match. The base is actually from BBR. Not sure which company actually made this. 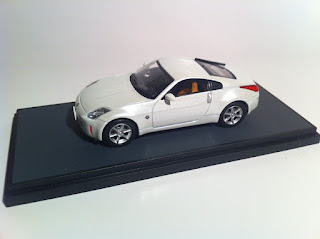 I was living in New England at that time. Rear wheel drive cars are not the ideal car to drive in the winter. So, I put the car in storage during winter and had a winter beater car. My first beater was a Ford Bronco II. But I have yet to find a nice 1/43 model of it. That car was so rusted and at the end, I donated it to charity. And I replaced it with a 1995 Subaru Legacy wagon BG. I bought a real cheap Legacy L in maroon color, but its life was cut short by a teenager in an SUV. That moron rear ended my Subaru which was parked on the street. But I like the legacy so much that I replaced it with a 1999 BG, this time it is the Legacy GT wagon. Although it looks like the GTB and has the hood scoop, the US version was actually a 2.5L N/A engine, not the 2.0L turbo in the GTB. And I am still driving my Legacy GT wagon. This is also a Epoch MTech model. 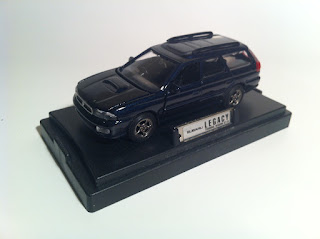 No, I don't own a Porsche 911 GT3. I don't even have a Porsche. But the GT3 is just too good looking. A Porsche dealer was selling it on eBay and I just cannot resist the idea of being able to buy a "Porsche" from a dealer. Hahaha. This one is made by Minichamps 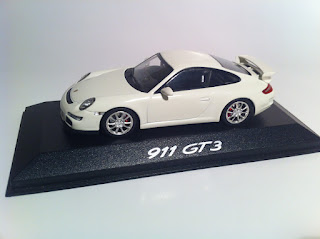